Dr Janet Hall in the Media 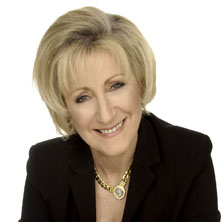 “Australia’s Media chooses Dr Jan as the preferred expert for comment and opinion.”

With forty years of experience in all forms of media, you can count on Dr Jan to provide a sound and savvy commentary of a broad range of issues.

Slimming and Health: Hot Tips for Between the Sheets

Kim and David am Show: Channel 10

Frequently quoted in and short selection of topics:

MX: Why men choose to watch football and miss out on sex

Dr Janet Hall has considerable media experience and is often called upon to comment on issues of the day that for example pertain to:

Listen to an audio interview with Dr Jan about mothers.

Dr Janet Hall is a psychologist in private practice in Richmond, Melbourne. Dr. Jan uses Hypnotherapy very effectively as tool in her treatment of clients and is often requested to use Hypnosis as the core method for breaking undesirable habits.

She is the author of eight books on family issues including:

1998 How to be Boss of Bedtime
Insights for both children and parents into easy strategies for getting children to go to and stay in bed.

2000 Sex-Wise: What Every Parent and Young Person Should Know About Sex 2000 Authored Chapter: Motivation Through Goal-setting in book: Student Motivation in the Classroom
Hawker-Brownlow,Melbourne

In 2004 Dr Jan’s Fear-free Children book was published in Brazil in Portuguese and in 2005 her book Fear-free Children was published in India. A regular in print, radio and television media, Jan presents user-friendly information which can be easily applied in everyday reality. As her experience below shows, she is equally adept in radio, television and print. Dr Jan is continuously working with Australian families, which gives her a grounded perspective about the issues that affect parents, children and young people.

Dr Janet Hall is recommended by the Australian Psychological Society as an informed consultant regularly. Dr Jan has published articles and been quoted in…

Dr Jan has made appearances on the following programs talking about or commenting on general interest topics, parenting, youth and family issues:

Dr Jan was a featured psychologist for the ABC “Living in The 90s” documentary. From 1997-1998 Dr Jan had the regular fortnightly spot as the “Sex Therapist Expert” on the Channel 10 “Sex-life” program. She was a featured guest on the ABC “Glass House” program in August 2005 and May & October 2006. In 2005 Dr Jan has filmed as hypnosis expert for a television documentary on Bob Larson: “The Exorcist Down-Under”.

Dr Jan has had many radio appearances on major commercial radio and the national broadcaster in Australia and New Zealand. She has also had regular segments on commercial radio and the ABC. 1991 monthly guest ABC Country Radio: Talk-back Psychologist, Bernard Lynch Show. ABC radio in every capital. Dr Jan was the regular sex therapist expert for the ABC 2am show for the first half of 2005.

Comments have also been requested and aired on:

It is very rare for a shoot to go so well and I put that down more to your professionalism than anything else. It’s a pleasure working with you and I hope we have many occasions in the future to work together again.

I am doing a story and needed some quotes from a psychologist who has insight and a sense of humour – naturally I thought of you!
I think it’s because your opinions sound definite, aren’t heavily qualified and are put in “everyday” language.

As for The Glasshouse, it was excellent. You rocked!
Seriously, for a non-comedian, you could hardly have done a better job.